Posted at 02:08h in Current Grants by Balnaves Admin

Belvoir St Theatre is one of Australia’s most innovative and acclaimed theatre companies. It engages Australia’s prominent and promising playwrights, directors, actors and designers to realise an annual season of work that is dynamic, challenging and visionary. As well as performing at home, Belvoir regularly takes to the road, touring both nationally and internationally.

“We support Indigenous Theatre at Belvoir and the Indigenous Playwright’s Award because we strongly believe that theatre has the ability to connect Indigenous culture and history with current social debate in an impactful and relevant way.”

At What Cost? will now form part of the 2022 Belvoir Season and the Indigenous Theatre program, supported by The Balnaves Foundation. Introducing the 2019 Balnaves Fellow Nathan Maynard to Belvoir audiences, Maynard has written a robust, clear eyed and provocative new Palawa story. Directed by Isaac Drandic, the play is a modern tragedy that gets at human foibles, and presents a very vexed question for Indigenous Australia. At What Cost? is scheduled to run from 29 January – 20 February 2022 in the Upstairs Theatre. 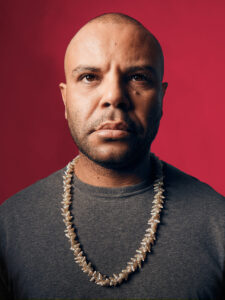 Since 2012, The Balnaves Foundation has also supported the Belvoir Indigenous Playwright’s Award, becoming The Balnaves Aboriginal and Torres Strait Islander Fellowship in 2018, a $40,000 award for the creation of a new play by an Indigenous playwright. The Fellowship accommodates applications from a broader range or creative practitioners and provide wrap around support from the Belvoir team. Our 2021 Balnaves Fellowship being awarded to Thomas Weatherall. Past recipients of the Award have included,

In 2016, The Balnaves Foundation also supported Belvoir to undertake an upgrade to its CRM system and resourcing, in order to aid in ensuring their systems and processes were current and up to date. The update also allowing for greater support to all at Belvoir.

Find out more about The Balnaves Aboriginal and Torres Strait Islander Fellowship here and Belvoir here.