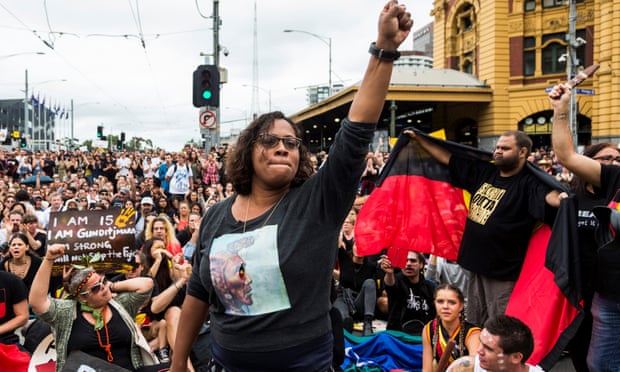 Posted at 15:27h in Latest News by Balnaves Admin

Published by The Guardian Australia
17 June 2021

Kelly Burke picks up arts journalism gong at mid-year Walkleys for exclusive interview with actor Shareena Clanton.
Guardian Australia journalist Kelly Burke has picked up a Walkley award for revealing alleged racism on the set of the long-running Australian soap Neighbours. Burke won the June Andrews award for arts journalism at the mid-year Walkleys held in Sydney on Wednesday night. Her entry included an exclusive interview with First Nations actor Shareena Clanton who went public with allegations of racism and misogyny on the show’s set and a follow-up story in which other actors also came forward to tell their stories. A third story by Burke revealed production house Fremantle Media had launched a legal investigation in response to the racism claims. The judges said Burke’s reporting revealed “deeply troubling, systemic problems within one of Australia’s most lucrative and iconic cultural exports. While scrutiny of representation in media increases, Burke’s reports critically investigated how casting and plotlines can conceal deeply racist attitudes and behaviours,” the judges wrote.

Guardian Australia’s Luke Henriques-Gomes was nominated in the Young Walkleys longform category for a story about a group of Timorese refugees who escaped the civil war on the only Royal Australian Air Force plane ever hijacked. That category was won on Wednesday night by Mridula Amin for her ABC News and Background Briefing investigation, The hidden park of last resort. Amin was also named the Young Journalist of the Year for her examination of life at the western Sydney caravan park. The Walkley judging board, which includes Guardian Australia’s editor, Lenore Taylor, said Amin’s entry stood out. “Sensitive, compassionate and beautifully shot, Mridula Amin’s Hidden park of last resort is a wonderful human story well told,” the board said. “Gaining the trust of the residents and demonstrating a nonjudgmental approach to her reporting, Amin’s investigation empowered the community to fight for their homes inside one of Sydney’s last long-term caravan parks.”

Kieran Pender was nominated in the community and regional affairs category of the Young Walkleys for his coverage in Guardian Australia of the fallout from the Black Summer bushfires. That award was won by Briana Fiore of the West Australian for an exclusive report revealing failings at Bunbury hospital. The Our Watch award was picked up by news.com.au’s Samantha Maiden for her coverage of Brittany Higgins’ rape allegation.