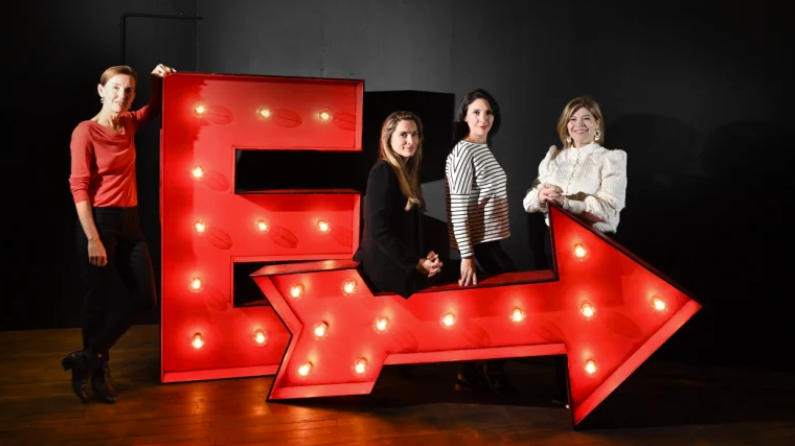 Posted at 11:25h in Latest News by Balnaves Admin

Half the writers and directors in next year’s Ensemble Theatre season will be women in a first for the Kirribilli theatre that has in the past faced criticism for being overly male-dominated.

Nine of the eleven plays slated for 2020 are written by Australians and seven of those will be new work
One of those new works is Killing Kate: Confessions of a Book Club by Tracey Trinder, a first-time playwright but experienced TV scriptwriter and editor (“I did four tours of duty with Home and Away”). “I’m thrilled to be part of this wave,” Trinder says. “My play has a cast of five women and has a female director as well as a female writer.” The season also features new plays by David Williamson (Crunch Time, possibly his last), Geoffrey Atherden (Black Cockatoo directed by Wesley Enoch, the Ensemble’s first collaboration with the Sydney Festival), and Mark Kilmurry, the Ensemble’s artistic director (Outdated, about a middle-aged man venturing back into the dating scene). But it’s the women playwrights garnering attention, simply because it’s rare to find so many in a single season
“Theatre is still pretty much run by men,” says Melanie Tait, whose A Broadcast Coup follows the 2019 sold-out The Appleton Ladies’ Potato Race “All the major theatrical companies still have male artistic directors. Obviously Mark is male, but he and the Ensemble realise Australian audiences love seeing Australian stories and have gone for it in a risky, exciting way.” Tait’s play follows “the career end of a male baby boomer broadcaster” (which could be risky given her day job in radio).
Comic actors Genevieve Hegney and Catherine Moore also sold out their first play, Unqualified, at the Ensemble this year. Conceived as a TV project with a 50-strong cast, Kilmurry persuaded the two Perth-raised friends to reshape it as a two-woman play.
Audiences loved the comedy about two down-at-heel women who form a temporary employment agency but are so incompetent they end up doing the jobs themselves. “We know we’re not William Shakespeare, Sarah Kane or Tennessee Williams,” Hegney says. “But we know how to improvise, and our work is character-based.” Moore adds: “We’re both working class girls, and were interested in writing about the women we know.”

When Kilmurry asked if they could write another play for the 2020 season, they agreed to reprise the ever-optimistic Felicity (Moore) and the emotionally scarred Joanne (Hegney) for Unqualifed 2.

The 2020 season also includes a new production of Joanna Murray-Smith’s award-winning 1995 classic Honour, and an adaption of Dickens’ A Christmas Carol by established playwright Hilary Bell, starring her father, John, as Scrooge.
Tracey Trinder’s play has been more than a decade in the making, and was triggered by “a big drama” in her book club. She mentioned it to Kilmurry, an old friend, thinking she could spruik it for TV. Years later, he suggested rewriting it as a play. There were endless drafts, meetings and workshops, during which the single male character was dumped.

Finally, Trinder’s book club drama made it to the Ensemble stage for a reading to a sell-out audience. Trinder was terrified. “I hid out back in a tiny room, thinking, ‘What if no one laughs?’” After the first laugh, Trinder ventured unseen into the back row. “The laughter comes from people recognising themselves, their friends, and their wives in the characters on stage.”