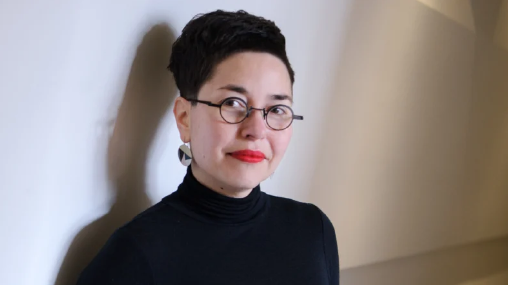 Posted at 23:51h in Latest News by Jessica

Arts leaders are demanding a long-term vision from Canberra in the wake of the Morrison government’s shock re-election.

Those who work in the visual and performing arts say the recent election campaign was dominated by tax reform, leaving little air-time for the specific issues plaguing their industries. A key concern was that the Liberal Party’s campaign website did not contain a comprehensive arts policy.

Instead, the Coalition courted votes off the back of grants to live music venues. There was also a promise to help fund an Adelaide-based Aboriginal Art and Cultures Gallery, as part of a string of measures aimed at boosting tourism.

In contrast, the Labor party pitched several arts policies to the Australian public. Its suite of commitments included a $37.5 million boost to grants provider Australia Council and $8 million to help establish a new First Nations theatre company. During the campaign, former opposition leader Bill Shorten claimed arts policy was “not an add-on” for his side of politics.

Now that the Coalition has remained in power, arts leaders say the government has an opportunity to show it has a long-term plan for arts and culture. When the Abbott government came to power in 2013, it scrapped Labor’s Creative Australia policy, and a big-picture strategy for making Australia’s cultural industries more sustainable hasn’t existed – at least publicly – since.

Esther Anatolitis, the executive director of the National Association for the Visual Arts, said a public roadmap was vital if the Morrison government was serious about jobs and growth.

“Now is the time for the next arts minister to have a really good think about what they’d like their legacy to be,” she said. “There are a lot of very serious issues for an industry that contributes $111.7 billion to the economy. We need the government to take us seriously.” 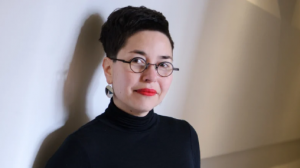 Helen Marcou, from Save Live Australia’s Music, said the arts sector has been calling for a long-term cultural plan for years in order to get away from “policy driven by election cycles”.

“The Prime Minister himself quotes Australian music and is a big fan of [John] Farnham and Tina Arena,” she said. “But in order to propel these Australian stories nationally and internationally, we need not just a vision but a long-term investment.

“If they’re good economic managers, as the Coalition professes to be, the sheer economics of investing in the arts makes sense. In Victoria alone, around 16,000 people work in the music industry. This is a growth area we can really invest in.”

Near the top of the arts industry’s wish-list is to see some funding restored to the Australia Council now that the government is predicting a budget surplus. The council is the government’s largest investment vehicle for the arts.

“Now is the opportunity to be on the front foot,” she said. “In history past, the Coalition has supported the arts with the formation of the Australia Council. We want some strong, definitive choices moving forward. All of us are saying there needs to be more investment.”

Ms Anatolitis said it was dispiriting to see millions of dollars in taxpayer money funneled towards projects such as the Australian War Memorial expansion while other cultural institutions have seen “funding cuts for years and years”.

“The data shows us that more Australians engage in the arts – go to galleries, read a book – than go to sports events,” she said. “The reason we need excellent policy is to inspire great work. How is local content on Netflix, for example, protected [with quotas]? How can artists form galleries that sustain themselves? How do kids get great arts education?”

Live Performance Australia’s Evelyn Richardson said the government should be looking at ways the arts can help boost areas such as tourism and regional development.

“It’s about not just looking at us as a silo industry in our own right, but looking at the relationships with other parts of our society like health and education,” she said. “There’s a lot more that could be done in terms of joining the dots.”

One of the Coalition’s perceived strengths from the arts industry’s perspective is its apparent willingness to reform visas. After all, the federal government’s own inquiry into the local music industry recommended new visa arrangements for touring artists.

“Our arts contribute to tourism,” Ms Marcou said. “Being able to export our music and our artists internationally and also work with other countries to tell the Australian story is really important for us. It’s time Australia was on the world stage.”