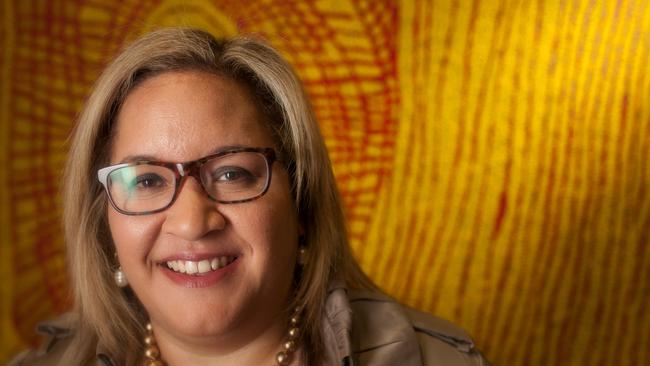 26 May Philanthropic Support for indigenous ‘voice’

Posted at 12:48h in Latest News by Balnaves Admin

One of Australia’s most prominent philanthropic families will fund scholarly work to underpin the constitutional reform called for in the Uluru Statement from the Heart.
As three working groups explore models for an indigenous voice to government that the Morrison government has repeatedly said will not be constitutionally enshrined, The Balnaves Foundation has committed $1.25m to advance the full intent of the landmark statement read aloud at Uluru by Cobble Cobble woman Megan Davis three years ago. Professor Davis, Pro Vice-Chancellor at the University of New South Wales, will on Tuesday be named the Balnaves Chair in Constitutional Law endowed by The Balnaves Foundation “to enable her to ensure the advancement of this critical national agenda”. Professor Davis’s appointment on the third anniversary of the Uluru statement is likely to be interpreted as another sign that backers of the landmark statement for “voice, treaty and truth” remain determined to persevere with work the Morrison government has been unwilling to do on constitutional reform.

Indigenous Australians Minister Ken Wyatt was applauded by Uluru supporters in July 2019 when he committed to a referendum in this term of government on the question of whether Aboriginal and Torres Strait Islander people should be recognised in the Australian constitution. However, there was disappointment the following month when Mr Wyatt said Australians will not be asked at the referendum if they want an indigenous voice in the constitution. He has repeatedly described constitutional recognition and an indigenous voice as related but separate, while key Uluru backers consider that indigenous recognition is symbolism if it does not include a constitutionally-enshrined voice.

Professor Davis’ new role as term chair in Constitutional Law is a gift in honour of Alexandra Balnaves, who passed away in April last year. She was the daughter of Diane and Neil Balnaves AO, sister to Hamish and Victoria Balnaves, and mother to Caillean and Leith Honor. The family’s foundation has donated almost $5.5 million to UNSW including more than $2.5 million to indigenous medical scholarships.

Neil Balnaves said Professor Davis’ work in constitutional reform was very important to his late daughter. “It gives us great pleasure to support this ongoing effort in a way that Alexandra would have wholeheartedly embraced,” Mr Balnaves said. Professor Davis’ work will include public legal education on constitutional recognition, according to UNSW. “The Uluru Statement from the Heart invites all Australians to walk with First Nations peoples in a movement for a better future. It is fitting that on the anniversary of the historic day when, on behalf of the Uluru senior leadership, I read the Uluru Statement to the Australian people, we recommit to progressing Voice, Treaty and Truth,” Professor Davis said.

“Three years on, the Uluru Dialogue continues the work towards the first stage of the Uluru Statement, constitutional reform and achieving a more just, prosperous future for Australia’s First Nations peoples.” The 2017 Uluru statement was the culmination of a series of regional meetings – called dialogues – with around 1200 indigenous people around Australia. Then Prime Minister Malcolm Turnbull rejected its call for a constitutionally-enshrined indigenous voice as a “third chamber” of parliament. Former High Court chief justice Murray Gleeson has said an indigenous voice to parliament could be created through legislation — with only minimal references in the Constitution — without eroding the power of the nation’s politicians. Another former chief justice, Robert French, has argued the Constitution should provide, in spare terms, for the existence of the voice as an advisory body.

Professor Davis intends to “lead the scholarly work that must underpin law reform to ensure it is evidence based. My priorities as Chair will be to provide the academic rigour needed to inform development of proposals for constitutional amendment and institutional design of a voice to Parliament, as well as the foundations of a future Makarrata Commission as set down in the Uluru Statement, to oversee agreement making across the federation and to facilitate truth telling processes,” Professor Davis said.

Her goals as chair include working with the leaders from the 2017 Uluru dialogues to maintain consensus and ensure their voices remain central. The university said Professor Davis’ would also aim to “elevate the voices of the Uluru leadership to correct the misalignment of post-Uluru work with the intention of Uluru”.