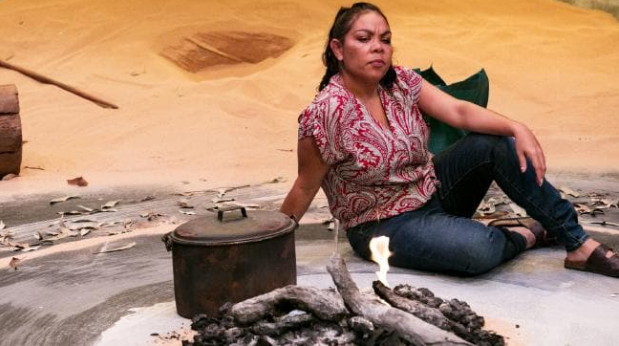 Posted at 00:30h in Latest News by Balnaves Admin 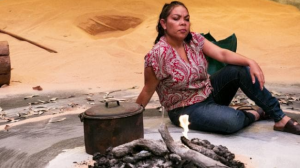 As the federal election campaign enters its final days there is at last some clarity around arts policy, at least from opposition parties Labor and the Greens. Labor’s policy launch at the Esplanade Hotel — the famous live-music venue in Melbourne’s St Kilda — was met with an almost immediate and unanimous cheer from peak industry groups including Live Performance Australia, the National Association for the Visual Arts and APRA AMCOS. It was an indication, perhaps, of a sector crying out for a top-level blueprint for its future.

Labor’s Renewing Creative Australia policy outlines more than $420 million of arts, cultural and communications promises, headlined by the formation of an indigenous theatre company and restored funding to the Australia Council of $37.5m across four years, plus investment in the game development industry, screen production and live music.

Opposition arts spokesman Tony Burke says the arts sector has been directionless since the original Creative Australia policy was abandoned by the Coalition when Labor lost office in 2013.

The Coalition has not produced a policy document but it has announced significant spending in the arts and cultural space, with most funds committed to institutions rather than artistic practice.

Initiatives include a $498m expansion at the Australian War Memorial (part of the veterans affairs portfolio) and $85m to build a new Aboriginal Art and Cultures Gallery in Adelaide (cities and urban infrastructure). Measures announced in the budget last month include $393.7m for the arts and communications, including $30.9m for contemporary music and $22m for new facilities at Arthur and Yvonne Boyd’s former property, Bundanon, in the NSW Shoalhaven region.

Industry bodies NAVA, LPA and the Australian Major Performing Arts Group say they would welcome an arts statement from the Coalition but none has been forthcoming. Arts Minister Mitch Fifield has not responded to requests for an interview about the Coalition’s priorities.

The Greens, meanwhile, have floated the idea of a “living arts fund” that would pay artists a living wage, a $10m Creativity Commission, a $100m games development fund and restored funding to the Australia Council.

Evelyn Richardson of LPA says Labor has “reset the dial” on arts policy but does not go far enough to meet the sector’s ambitions for growth. She argues for greater investment in the Australia Council than is being offered, and for tax incentives for the performing arts, similar to the producer offsets available to the screen sector.

NAVA’s Esther Anatolitis says that while Fifield returned funds to the Australia Council he did not follow through with a strategy to repair the “damage” of Coalition budget cuts in 2014 and 2015. The Labor alternative, she says, is a return to arts policy based on sector consultation. “I think there is absolutely work to be done to update (Creative Australia), but a lot of artists that I speak to across the country still remember that document: not just the fact that there was a policy, but the consultative work that happened all around Australia,” she says.

Anatolitis welcomes Labor’s commitment to address artists’ low incomes but she and the Arts Party’s PJ Collins reject as unworkable the Greens’ plan for a living arts fund that would assign part-ownership of artworks to the fund. Collins adds that neither of the major parties is making a funding commitment to the arts that is commensurate with Australia’s growing population.

A New Approach program director Kate Fielding says she looks forward to working with the next government on policies “framed by an inclusive definition of culture, and how our ever-growing obsession with metrics greatly influences what we perceive to be public value”.

Labor’s promise of a national indigenous theatre company is backed with $2m a year for the development phase and $5m a year in operational funding. The company would not have its own playhouse but would commission plays and work in collaboration with other companies. Burke says leading indigenous theatre practitioners will be consulted on its governance structure.

Playwrights including Howard Sumner (last year’s The Long Forgotten Dream) and Andrea James (Winyanboga Yurringa, now at Belvoir in Sydney) have welcomed the move. James says an indigenous theatre means playwrights would not have to go “cap in hand” to established theatre companies whose priorities are different from theirs. “We are the oldest living culture on the planet and we need a platform to promote our work nationally and internationally, and ideally it should be indigenous-led,” James says.

Sumner envisages a company that draws on theatre talent from around the country. His preferred model would have branches of the theatre in performing arts schools, such as the Victorian College of the Arts and the Western Australian Academy of Performing Arts in Perth.

Labor and the Greens have promised measures to advance Australia’s creative industries, meaning not only the arts but other businesses that involve innovation and design. The idea goes back a long way; indeed Paul Keating’s Creative Australia policy in 1994 is regarded as a pioneer in the field.

Stuart Cunningham, professor of creative industries at Queensland University of Technology, says previous attempts at a systematic response to the creative industries have not taken hold, partly because of the whole-of-government effort required, and because of a persistent belief that mining and agriculture are more valuable than creativity. He says the screen production sector must have incentives or stronger measures to produce Australian content, especially on international streaming services such as Netflix.

The Coalition and Labor each have made a pitch to music fans, perhaps concluding that music lovers are a constituency of almost everybody. Fifield last year instigated a federal inquiry into the music industry, charged with looking at the sector’s growth and sustainability. Its 16 recommendations include measures to promote live music and exports, talent development and reforms to licensing arrangements. The government in the last budget committed $30.9m, including $22.5m across five years to assist live music venues, and $8.4m for touring programs and career development for women and indigenous musicians.

Labor in its Soundtrack Australia policy launched last year made a similarly sized promise to the music industry, with $20m to support live music venues and $10m for Sounds Australia to help export our music to the world.

Federal elections aren’t decided by arts policies even though the arts sector and its audience represent a large part of the electorate. One motivated citizen, though, has been compelled to push the arts to the foreground.

Philanthropist Neil Balnaves has taken full-page ads in The Australian, as he did in the NSW election, urging voters to consider the government’s record on the arts. The message concludes: Vote for the party that has an ambitious cultural policy.